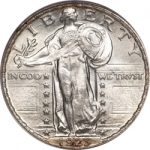 We are a young country of 241 years, American heroes did not appear on our circulating coinage until 1859. Native American Indian first appeared on our cents in 1859.

On the one dollar coin we’ve had appearances of Sacagawea, Susan B. Anthony as we’ll as many deceased Presidents. Prior to American heroes on coinage, Miss Liberty, our nations symbol elegantly appeared on our circulating coinage beginning 1793.

She rendered herself standing, walking, seated, and in portrait. Her portrait appearances were flowing hair, draped bust, capped bust, liberty capped, braided hair, coronet design, and classic head. If you have not examined our beautiful American coinage, enjoy.